;Walter D. Mignolo; is William H. Wannamaker Distinguished Professor and director of the Center for Global Studies and the Humanities at Duke University. This book is the third of a trilogy that includes The Darker Side of the Renaissance: Literacy, Territoriality, and Colonization and The Darker Side of Western Modernity: Global Futures, Decolonial Options. He is also the author of The Idea of Latin America. 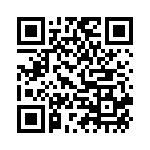