Page 1207
It is clear from Zorn's lemma that there is a maximal set A in S) for which the
spaces \,, a e A, are orthogonal. Thus to prove the lemma it suffices to observe
that no r + 0 is orthogonal to each of the spaces S). Indeed, if a #0 is orthogonal
to the ...
Page 1227
Nelson Dunford, Jacob T. Schwartz, William G. Bade, Robert G. Bartle. numbers)
denoted by n, and n_, are called the positive and negative deficiency indices of T,
respectively. 10 LEMMA. (a) Q(T), or, and Q are closed orthogonal subspaces ...
Page 1777
A set A C S) is called an orthonormal set if each vector in A has norm one and if
every pair of distinct vectors in A is orthogonal. An orthonormal set is said to be
complete if no non-zero vector is orthogonal to every vector in the set, i.e., A is ... 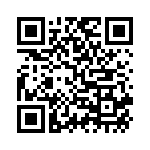