Page 149
The nodosity of the joints , the account of which is included in the remainder of the volume , has generally been confounded with rheumatism , though , as it appears , it is clearly distinguishable from it .
Page 255
To assert the contrary doctrine , appears to be Dearly as inconsistent as to to say , that , when a man lifts a burden ... of the nave of Attention , appear to me to be proper objects , not of Ariention , but of Consciousness , and , as ...
Page 385
This effect , as it appears , is produced in consequence of the ligature dividing the internal and middle coats of the artery , and thus inducing the inflammatory action in them , attended with the exudation of a quantity of coagulable ... 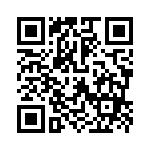