Page 58
Neither is it simply character movement within a spatial field . If – through the process of selection - the frame delimits the scale of narrative space , the internal boundaries configure it . Each plot can be reduced to a basic ...
Page 61
The three Lefebvrian aspects of the social production of space are spatial practice , representations of space and representational space : The Production of Space discusses these moments most fully in its opening chapter .
Page 70
70 Barber states that Native Reserves ' were created in order to protect the Africans ' from uncontrolled settler spatial expansion.71 The key implication of such racial spatial segregation is that ' the two races would live apart and ... 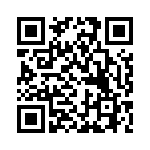