Much like when I reviewed Jane Goodall's In the Shadow of Man, I quickly fell in love with the gorillas that Dian Fossey describes in exquisite detail in her book Gorillas in the Mist. (You may have ... Read full review

Dian Fossey's account of her thirteen years among the Mountain gorillas whose range is limited to the six extinct volcanoes of the Virunga range, located in small portions of three countries: Zaire ... Read full review

Dian Fossey was born in San Francisco in 1932. She began observing gorillas in Zaire in 1967 & later moved to Rwanda, where she lived for almost eighteen years. Fossey, who was the first person to have voluntary contact with a gorilla, was found murdered in her cabin on December 26, 1985. Her death is still unsolved. 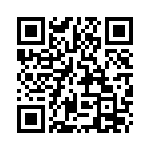