Page 7
... contracting parties , the other would come to its assistance.17 " Any attempt by Russia or Austria to revive their rights as guarantors 14 Michael T. Florinsky , Russia : A History and an Interpretation , New York , 1959 , I , 533 .
Page 49
In August , 1894 , Modjeska had taken off from New York for a tour of the Polish theatres , expecting , as always before , to play in all three parts of the Polish domain . After a visit to Vienna and a short sojourn with Chłapowski's ...
Page 54
25 The Chłapowskis returned to New York on the North German Lloyd steamer Havel , sailing from Southampton on the 13th of August . In the course of the voyage Modjeska sprained her ankle , but was able to walk by the time she reached ... 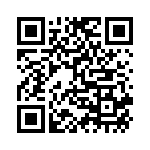