Dear David Oglivy! I found this book written by I think your grandfather who is a s old as my Father who did not write much at all. I am happy to read this book on line which I just found after writing you that I want you to send it to me by email. Colombe Smith.

David Oglivy was a master in his time, his work with VW put the Beetle on the map. Some of the info in this book servie today.

DAVID OGILVY is the founder of Ogilvy & Mather, one of the topten advertising agencies in the world. Mr. Ogilvy lives at theChateau de Touffou in Bonnes, France. 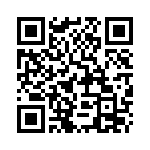