Page 239
The soils of Saint - Domingue , said representatives of the Jamaican sugar industry in 1788 , were , beyond all controversy , far more productive , and required a much smaller proportion of labour , than those of Jamaica .
Page 402
The West Indian sequel to the Jamaica Rebellion was more important than the British political differences which were soon assuaged , Eyre ending up with a pension . On December 1 , 1865 , the Secretary of State for the Colonies tore up ...
Page 536
... 1832 Report of the Select Committee on Negro Apprenticeship , 1836 Accounts of Slave Compensation Claims , 1838 Papers relative to the West Indies , 1841-1842 , Jamaica - Barbados , 1842 Papers relative to the West Indies .

Review: From Columbus to Castro: The History of the Caribbean 1492-1969

Among the saleant points; a needed documentation of slavery. Eric Williams points out the enormity of the issue that still has legacy in our society. He gives numbers that should stagger white and black alike. Read full review

33 other sections not shown 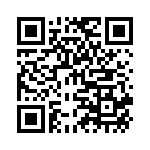