Page 1290
is formally self adjoint provided only that the coefficients p, are real. In the same
way, the formal ... Then the leading coefficient in to is (–1 )"a,; thus, if n is even, an
is real, while if n is odd, a, is pure imaginary. If n is even, then ti = (d/dt)"/*a,(t) ...
Page 1435
The coefficients k”, ..., k", e, co, co, ... can be determined by formally substituting
the asymptotic expression for a, ... Thus, in all cases in which we deal with a
formal differential operator on an interval I having coefficients analytic in I and
with ...
Page 1486
Nelson Dunford, Jacob T. Schwartz, William G. Bade, Robert G. Bartle. Equations
with periodic coefficients (which are fundamental in the quantum-mechanical
theory of solid crystals) have a number of interesting and important properties. 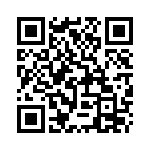