Page 175
ESUS was casting out a devil , and it was dumb . And it came to pass , when the devil was gone out , the dumb spake ; and the people wondered . But some of them said , He casteth out devils through Beelzebub , the chief of the devils .
Page 205
And they cried out all at once , saying , Away with this man , and release unto us Barabbas : ( who for a certain sedition made in the city , and for murder , was cast into prison . ) Pilate therefore , willing to release Jesus , spake ...
Page 294
And the great dragon was cast out , that old serpent , called the devil and Satan , which deceiveth the whole world ; he was cast out into the earth , and his angels were cast out with him . And I heard a loud voice saying in heaven ...

I am NOT trying to review the Prayer Book. I just want to point out that this IS the 1928 book and not the 1970s revision. The edition I picture contains all the charts for the readings, but it ... Read full review 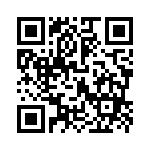