Page 33
William of Waddington also , though apparently superstitious himself , freely censures the miracles , the nonsense , or theatrical representations , relative to the Scriptures and the martyrs for which there appears to have been so ...
Page 378
The other yeoman was then urged by his companion to fie ; but he being a gentleman , and less ferocious , instead of firing , commanded the concealed persons to appear , when a poor woman and eight children , almost naked , one of whom ...
Page 403
A similar state of disorder is often produced in persons of the middle age , when the constitutional vigour first appears to decline , not resisting as usual the operation of cold , fatigue , and other occasional causes . 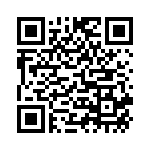