Detroit, ~1970. The reader is thrust into the world of the American car industry, specifically one particular factory and it's struggle to launch a new model whilst adapting to changing circumstances ... Read full review

Though not my favorite Arthur Hailey Story, that is Hotel- enjoyed Wheels, for the immensing into the auto industry. He always as at less one character, that I will care about. This time it was a ... Read full review

Television film writer Arthur Hailey was born in England in 1920, where he was a decorated pilot in the RAF from 1939 to 1947. When he was 27, he emigrated to Canada where he served in the RCAF in 1951. Hailey was best known as author of over twenty television plays. His first, Flight into Danger (1956), was conceived on a business trip when he imagined what would happen if the pilots became unable to land the plane and he had to step in. Drawing on his professional history but with no experience in the publishing industry, he blind-mailed his script and it was accepted. While the TV-movie genre made his reputation as a writer, Hailey has gone on to write a number of novels, including In High Places (1962), Hotel (1965), Airport (1968),The Moneychangers (1975), Strong Medicine (1984) and Detective (1997). All his novels have been published in foreign-language editions, and many have been adapted for the screen. He died of a suspected stroke in 2004. 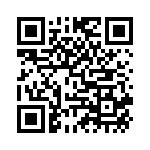