The endurance and magnificence of this essay collection lie not with their ability to persuade but their stimulating arguments and ideas. However—this is a reductive take on an otherwise complex ... Read full review

Susan Sontag was born in New York City on January 16, 1933. She received a B.A. from the University of Chicago and did graduate work in philosophy, literature and theology at Harvard University and Saint Anne's College, Oxford University. She was the author of 17 books including four novels, a collection of short stories, several plays, and eight works of nonfiction. Her novels are The Benefactor, Death Kit, The Volcano Lover, and In America, which won the 2000 National Book Award for fiction. On Photography received the 1978 National Book Critics Circle Award. Her stories and essays have appeared in numerous magazines including The New Yorker, The New York Review of Books, The Times Literary Supplement, and Art in America. She also wrote and directed four feature films and stage plays in the United States and Europe. She died from leukemia on December 28, 2004 at the age of 71. 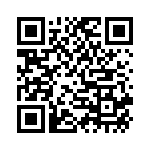