Page 171
The Annual Meeting of the BRITISH AND Foreign Bible Society will be held on Wednesday , May 2 , at the ( Old ) London Tavern , in Bishops . gate Street , near Corabill , the former place of meeting havioz been found too small.
Page 210
London , who was in Poland Jast At length , unable to endure any year , relates the followiog remark- longer the load of ... band was apprehended ; and both gion , have been known to say to suffered by an ignoaripious death , LONDON .
Page 528
Mr. Dickenson , a Baptist minister at At a coffee - house in London , a Waterford , in Ireland , was earnestly gentleman , to avoid being arrested engaged in preaching to dis people , by the sherifi's officer , then in the from 2 Cor ... 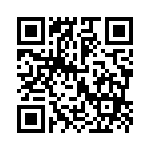