Page 87
O'Reilly's next mission was to reform the Cuban army, which was divided into
racially segregated sections: white, pardo ... Trinidad is unusual in that although
a British colony, it became one rather late and had previously been dominated by
...
Page 130
Jeffery (1996b) argues that levels of enlistment in the British armed forces always
had more to do with economic opportunities than ideological affiliation to empire,
or later to Irish nationalism. Casement's failure to turn many prisoners of war in ...
Page 299
... 132 support for struggle, 202, 218 in the workforce, 101-2 in the army, 104
black feminism, 18 black people in Ireland, ... see also diaspora space Brazil, 58
British Empire, 125 Dominions, 135-6 experiences of Irish people, 129-30, 137,
217, ... 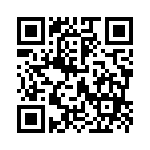