Page 29
He continued : “ It ' s five months or more since I have spoken to anybody who
has seen him . ” As I have said , we were not much interested ; but Schomberg ,
of course , could not understand that . He was grotesquely dense . Whenever
three ...
Page 175
He was seen hanging about this part of the world for years , spying into
everybody ' s business ; but I am the only one who has seen through him from the
first - contemptible , double - faced , stick - at - nothing , dangerous fellow . ” “
Dangerous ...
Page 256
Suddenly , as if he had received a shock , he started , flung his arm out with a
pointing forefinger , and made guttural noises to the effect that there , there , there
, he had seen a boat . It was very uncanny . Heyst thought of some strange ... 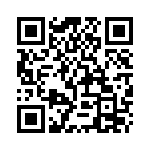