2 other sections not shown

Glen H. Elder, Jr. is Research Professor of Sociology and Psychology at the University of North Carolina at Chapel Hill and manages a research program on life course studies. He has also served on the faculties of the University of California (Berkeley) and Cornell University. A member of the American Academy of Arts and Sciences, Elder has served as Vice-President of the American Sociological Association (1989), and as President of the Sociological Research Association (1999) and of the Society for Research on Child Development (1995-97). His books (authored, co-authored, edited) include Children of the Great Depression (1974; 1999, expanded edition), Life Course Dynamics (1985), Children in Time and Place (1993), Families in Troubled Times (1994), Examining Lives in Context (1995), Developmental Science (1996), Methods of Life Course Research (1998), and Children of the Land: Adversity and Success in Rural America (2000: William J. Goode Award).

Eliza Pavalko came to IU in 1991 after a postdoctoral fellowship in aging and the life course at the Carolina Population Center at the University of North Carolina, graduate work at Florida State University and undergraduate work at Guilford College. Eliza has published papers with graduate students in Journal of Health and Social Behavior, Social Forces, Journal of Marriage and the Family and Journal of Gerontology on relationships between women's employment, unpaid work and health over the life course. Current projects include a study investigating social change in the work-health relationship for women with Fang Gong and Scott Long and a study of the mental illness careers of 1950s state hospital patients with Bernice Pescosolido and Courtenay Harding. Eliza spends her free time gardening and walking, and whenever possible, riding her horse, Sophie.

Elizabeth "Jody" Clipp, Ph.D., R.N., distinguished professor of nursing and nationally recognized researcher in the field of gerontology, died on Aug. 5, 2007. She was 57. Clipp was the Associate Dean for Research Affairs for DUSON until July, when she resigned due to illness. She was a professor with tenure within DUSON and a professor of medicine, geriatrics division, Duke University Medical Center. In 2006, Duke University awarded her The Bessie Baker Distinguished Professor of Nursing. She also was the Associate Director for Research for the Geriatric Research, Education and Clinical Center (GRECC), VA Medical Center in Durham, N.C.

Clipp's research related to trajectories of health across the life course, chronic illness and informal care-giving, and the quality of life and care at the end of life. Her scientific work led to a significant body of published works and scientific presentations. In April, Dr. Clipp was given the Distinguished Contributions to Nursing Science Award from DUSON for her accomplishments as a nurse scientist, and, in May, the building that houses DUSON research faculty was formally re-named the "Elizabeth C. Clipp Research Building" in her honor.

Clipp was recognized across disciplines as a scholar, and she is noted for her work with interdisciplinary teams. She used that collaborative spirit when she helped design and launch the school's doctor of philosophy in nursing program, which accepted its first students in 2006. 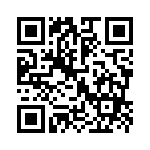