It's quite a good book. I admire Lucretia's courage to stand up for what she believes in and stand up after a fall. She fought for women's rights and also that of a slave's. But for a reader like me ... Read full review

Author Dorothy Sterling was born on November 23, 1913 in Manhattan. She received a bachelor's degree from Barnard College in 1934. In the 1940's, she worked as a researcher for Life magazine, but left in frustration at a system under which women researchers gave material to men, who wrote the articles. Her first book, Sophie and Her Puppies, was published in 1951. She wrote more than 35 books for both children and adults throughout her lifetime including Freedom Train (1954), Captain of the Planter: The Story of Robert Smalls (1958), Black Foremothers: Three Lives (1979) and Close to My Heart (2005). She won numerous awards for her work including the 1976 Carter G. Woodson Book Award for The Trouble They Seen: Black People Tell the Story of Reconstruction. She died on December 1, 2008 at the age of 95. 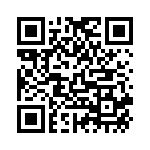