Lizette Rabe is professor and chair of the Journalism Department at Stellenbosch University (SU). She obtained the degrees B.A., Hons. B. Journ, M. Journ and D.Phil. at the same university. She began her career as journalist in 1979. In 1994 she was appointed as the first female editor of the magazine Sarie, also the first woman to be appointed as editor of an Afrikaans publication at Naspers. In 2001 she joined academia as head of SU?s Journalism Department. She has published numerous peer-reviewed articles, still writes for the mass media, and was author, co-author or editor of a number of publications. She was a council member of Sanef, founder judge of the Vodacom Journalist of the Year competition and founder faculty member of the Salzburg Academy. Besides awards such as the Rector?s Award for Excellence in Teaching, she was on the SU?s 2013 list of top 25 researchers across all faculties. She was also awarded the prestigious Stals Medal for Journalism and Communication, and is recipient of the 2015 Chancellor?s Award. 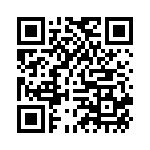