Page 239
With a convulsive Se movement she sat up straight , but had no power to rise .
Ricardo , on the contrary , was on his feet on the instant , as noiseless as a cat .
His yellow eyes gleamed , gliding here and there ; but he , too , seemed unable
to ...
Page 284
Heyst did , indeed , imagine at one time some movement between the trees , lost
as as perceived . He stared patiently , but nothing more happened . After all , why
should he trouble about these people's actions ? Why this stupid concern for ...
Page 317
When he hitched himself a little closer , her soul had no movement of recoil . This
had to be . Anything had to be which would bring the knife within her reach . He
talked more confidentially now . “ We have met , and their time has come , ” he ... 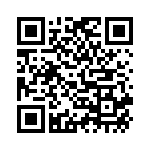