A good resource, intuitive, fluent and understandable...materials are in perfect logical order...written so cohesively that you can read all it at once.

Stephen Boyd received his PhD from the University of California, Berkeley. Since 1985 he has been a member of the Electrical Engineering Department at Stanford University, where he is now Professor and Director of the Information Systems Laboratory. He has won numerous awards for teaching and research, and is a Fellow of the IEEE. He was one of the co-founders of Barcelona Design, and is the co-author of two previous books Linear Controller Design: Limits of Performance and Linear Matrix Inequalities in System and Control Theory.

Lieven Vandenberghe received his PhD from the Katholieke Universiteit, Leuven, Belgium, and is a Professor of Electrical Engineering at the University of California, Los Angeles. He has published widely in the field of optimization and is the recipient of a National Science Foundation CAREER award. 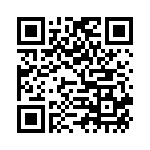