Norma Claire Moruzzi is Associate Professor of Political Science and Gender and Women's Studies at the University of Illinois at Chicago. 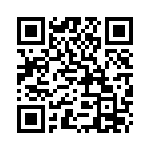