Page
117 . to the West Indies , 32 , 240 . President Buchanan on Cuba , 9 . and the Slaye - trade , 39 . Progress , Sigos of , 94 . - , special objections to the Jamaica Prohibition of African Immigration , 46 . Bill , 42 .
Page 79
into hopeless penury , and the negroes into a the West Indians were continually coming to the kind of voluptuous barbarism . It was not sur- Government of the country with the most doleful prising that such a notion should prevail .
Page 181
A broad distinction was made between Chinese SIR , -Periodical misrepresentations , like perio- immigration to Cuba and to the West Indies . dical rain , seems , in regard to the West Indians , a But we affirm that although few Chinese ... 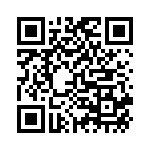