Page 108
... And yet now and then , like a stone from the sky , news came even to Lithuania ; now and then a dziad , lacking an arm or leg , who was begging his bread , would stand and cast cautious eyes around , when he received alms .
Page 71
The small civilian minority of 1940 received its first large reinforcement when 33,000 members of Polish military families and dependents were brought to Britain between 1945 and 1950. The uneven sex - ratio in the Polish exile group ...
Page 79
Within a few days after the fire twenty telegrams and letters were received from Warsaw , Cracow , Nowy Targ , Lwów , Tarnów , Poznań , Dresden and elsewhere . They were sent by cultural societies. 5 For a full account of this event and ... 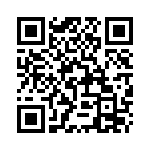