Page 28
I noticed that the fuel seemed kind of foamy, but didn't think too much about it until
the boy came out again and said, “Your bike runs on diesel?” I looked down at
the nozzle's handle and noticed it was green, which often (though not always) ...
Page 59
I rode as slowly as I could, gently fighting for control, but with zero traction
available, my rear wheel slipped sideways, and in an instant I was down and
sliding in the mud, the bike bearing down on me from behind in a slow circle. In
those few ...
Page 60
I took a moment to collect myself and consider my plight, hoping the big truck
could squeeze past the fallen bike. The flag lady came running from her post a
quarter-mile back to see that I was all right, and I was touched by this neighborly
...

Neil Peart was the drummer and lyricist of the legendary rock band Rush and the author of The Masked Rider, Traveling Music, Roadshow, Far and Away, Far and Near, Far and Wide, and, with Kevin J. Anderson, Clockwork Angels and Clockwork Lives. 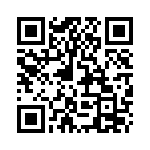