The authors have wide experience of teaching literature and literary theory at universities in Britain, Finland and Denmark.

Andrew Bennett is currently Professor of English at the University of Bristol. He has also authored: 'Romantic Poets and the Culture of Posterity' (CUP) and 'Katherine Mansfield' (Northcote House, 2003).

Nicholas Royle is currently Professor of English at the University of Sussex. He is the author of: 'The Uncanny: An Introduction' (MUP) and 'Jacques Derrida' in the Routledge Critical Thinkers Series. 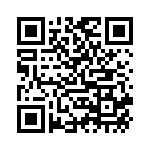