Page 307
His Chinaman's mind, very clear but not far-reaching, was made up according to
the plain reason of things, such as it appeared to him in the light of his simple
feeling for self-preservation, untrammelled by any notions of romantic honour or ...
Page 316
Indeed, what she felt was a sort of horror which left her absolutely in the full
possession of all her faculties; more difficult to bear, perhaps, for that reason, but
not paralysing to her fortitude. Heyst in his turn smiled at her. “I really don't know
that ...
Page 360
“By Jove, it looks like it,” he assented meditatively. “They do seem to hang back
for some reason. Is that reason prudence, or downright fear, or perhaps the
leisurely method of certitude?” Out in the black night, not very far from the
bungalow, ... 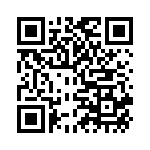