Page 199
practice , teaching and practico - therapeutic applications of asanas as revealed ,
respectively , by the book ' s numerous ... As for MPY , it brought the performance
and teaching of āsana , on which MPY relied so heavily , to new , impressive ...
Page 212
Part II on āsana is further complemented by Appendix I , giving the details of a
graded āsana course covering all the postures described in the book , and by
Appendix II , giving a list of “ Curative Asanas for Various Diseases ” . Here
Iyengar ' s ...
Page 246
All of the strands found in most MPY speculations are present , though as far as
Iyengar is concerned the central ones , ultimately , will have to be ( āsana - based
) “ practice ” and “ devotion " : Some say that it is possible to acquire mastery of ...

A history of modern yoga: Pata├▒jali and Western esotericism 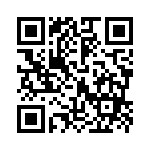