Page 12
... fashionable at the time , half moral and poetical , half fiercely polemical , which he called a “ Theatre , wherein be represented as well the Miseries and Calamities which follow the voluptuous Worldlings , as also the great Joys ...
Page 26
... letter as she has hairs , “ half golden , half silver , half jewelled , in her little head ; " — she is a second little Rosalind— “ altera Rosalindula , " whom he salutes as “ Domina Immerito , mea bellissima Colina Clouta . " But .
Page 80
bourhood of the wild country to the north , half forest , half bog , the wood and bill of Aharlo , or Arlo , as Spenser writes it , which was the refuge and the “ great fastness " of the Desmond rebellion . 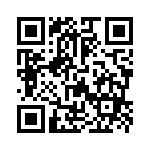