DENISE von HERRMANN is Chair of the Arts and Sciences Division, the University of Southern Mississippi, Gulf Coast. 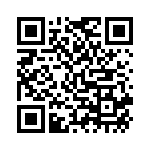