Page 129
Howard persuaded him otherwise , promising to take his side if he were offered any wrong . Ralegh then apologised , and the affair simmered down to an apparent reconciliation . After a day or two , Essex and Howard and other officers ...
Page 183
I discovered , myself , the richest part of all his Indies : I have planted in his territories : I offered His Majesty , at my uncle Carew's , to carry two thousand men to invade him , without the King's charge .
Page 352
A third was that he had offered Stukeley Ł , 10,000 for help to escape . But cast my soul into everlasting fire , if I ever made him offer of Ł 10,000 or Ł 1000 . ' All he had done was to offer him , a man of broken fortunes , a written ... 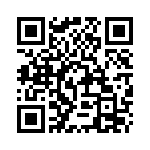