J.M.M. Thurlings
Peter Korrel: Aurelianus>Arthur. A phonological analysis
Peter Korrel declares not to be acquainted with any phonetic law to derive Arthur from Aurelianus and speaks of a corruption. Though, this can be made transparent, if we envisage, that in names or nouns, that are used often, developments can go faster. A plausible possibility in my opinion is the next one:
Aureliánus>Áurlénus>Árlnus>Árthus which was identified with the existing name Arthus/Arthur, this -r being just the Cymric way of pronouncing the same as in Breton is pronounced as -s, in view of the same name there being pronounced ‘Artus’, and always of the resemblance with ‘Arthur’ exerting its influence.
Essential is the abbreviation caused by quick pronunciation while the word-stress shifts forward continueing to obey the Cymric tendency of putting it on the penultimate syllable.
A remark about ln>th: This is the two dental gliders ln- becoming voiceless.
In short: Cymrisation was what took place.
This etymology, if well understood, accounts for much: the shift of the stress, for the syllable Ar-, for -th, for -us, for the disappearance from ‘Aurelianus’ of first -u- and -e-.
But is not -ia- falling away argued too simply? Well, at least the long sound, the diphthongue -au(r)- may soon be responsible for a balance of two stresses, on -au- and on -ia-, and any development will favorise one of both of them. So two possibilities were open, either a possible result ‘Arléanus’ or something like that or what we find later, to wit ‘Arthur’.
So the probability on beforehand is 50%. If this choice was made, the rest follows in a predictable way, like explained by Hans Krahe 'Germanische Sprachwissenschaft' (Berlin 1965), who speaks of 'the gradual detrition of the ending syllables' by the stress in Germanic (italics J.Th.) laying on the first syllable. So 50% is lacking for attaining the status of a full proof.
Now one can say: the appearance of ‘Arthur’ in the place of ‘Aurelianus’ itself is the proof. But full predictive force, if attainable, is better. Let us help ourselves by fancying Aurelianus as a part of a hexameter, that is based on length of syllables: Âureliânus. Reckon with the fact that the long name should be pronounced fast, especially for the reason of fitting into Cymric speech. Now shorten the word. The ‘aur’- element remains longer then‘lia‘, because the diphthongue of the first type lasts objectively far longer (a diphthongue followed by -r-) then the second one (while also the ending ‘nus’ is longer then the latter). The shorter the word becomes, the greater the invitation to deliver a result within a range from Árlienus to ‘Árl’nus . For comparison: Yesterday, 6-8-2008 I watched on BBC2 a visit to a monastery on the isle of Patmos, where a monk was inteviewed who called himself Martinianós; -ia- was not pronounced noticeably longer than the first -i-. Thus the shortening may favorise the word-stress. Now Cymric favorises the penultimate syllable. This might as well have been the second accent already existing (this at itself being its advantage), but because of already some balance of stresses caused by duration, the more shortening takes place, the more duration of the syllables will play the predominant role, with, at is turn, then subsequent ongoing shortening with the same effect ongoing, all this happening while that law of Cymric is working. So the result is likely to be the the victory of stress on the first syllable. So equally likely the said by Krahe will apply also to this case. In this way one can predict from differences in duration which of the syllables will presumably win the battle for stress.
For an extended version of this commentary see http://members.lycos.nl/jathu/PeterKorrel.htm 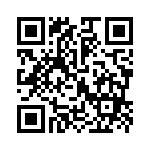