The endurance and magnificence of this essay collection lie not with their ability to persuade but their stimulating arguments and ideas. However—this is a reductive take on an otherwise complex ... Read full review

Susan Sontag is the author of four novels, The Benefactor, Death Kit, The Volcano Lover and In America, which won the 2000 National Book Award for fiction; I, etcetera, a collection of stories; several plays; and five works of nonfiction, among them On Photography, which won the National Book Critics' Circle Award for criticism, and Illness as Metaphor and AIDS and Its Metaphors. She lives in New York City. In 2001 she was awarded the Jerusalem Prize for the body of her work. 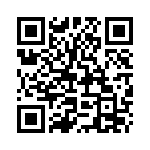