Page l
Given forth by the Meeting aforesaid , held at Manchester the First of the Fourth
Month , 1818 , and signed in and on behalf thereof , by MARY ROBINSON ,
MARTHA CLARE , ELIZABETH BLUDWICK , ELIZABETH GOODIER ,
ELIZABETH ...
Page 87
murmur at the cup which the Father hath given us . Remember , we are but
servants and stewards ; that it will be enough for us , if we be found faithful . What
! though that part of the vineyard be unpleasant to labourin ; though there be not ...
Page 107
... both in spiritual and temporal things , is lost or swallowed up by divine ,
universal , disinterested love , as a drop of water in the ocean . And though I do
most assuredly believe , that virtue is its own reward , that a cup of cold water ,
given to a ...
Page 151
... things in the works of unbelievers ; but I wish thee to consider what sort of
characters they have generally been , who have written against the Scriptures ;
and what sort of people they have generally been , who have given in to this
infidelity .
Page 197
... His holy help , we may accomplish the work which may be given us to do , to
the praise of Him who hath called us , own everlasting peace ; that , when the
time of reckoning shall come , we may be numbered amongst the “ good and
faithful .

Page 147 - Surely he hath borne our griefs, and carried our sorrows: yet we did esteem him stricken, smitten of God, and afflicted. But he was wounded for our transgressions, he was bruised for our iniquities: the chastisement of our peace was upon him: and with his stripes we are healed. All we like sheep have gone astray; we have turned every one to his own way; and the Lord hath laid on him the iniquity of us all.
Appears in 532 books from 1747-2008
Page 90 - In the morning sow thy seed, and in the evening withhold not thine hand: for thou knowest not whether shall prosper, either this...
Appears in 891 books from 1799-2008
More
Page 80 - Rejoice ye with Jerusalem, and be glad with her, all ye that love her: rejoice for joy with her, all ye that mourn for her: That ye may suck, and be satisfied with the breasts of her consolations; that ye may milk out, and be delighted with the abundance of her glory.
Appears in 524 books from 1611-2008
Page 194 - But the righteous live for evermore; their reward also is with the Lord, and the care of them is with the most High. Therefore shall they receive a glorious kingdom, and a beautiful crown from the Lord's hand: for with his right hand shall he cover them, and with his arm shall he protect them.
Appears in 340 books from 1770-2008
Page 243 - Although affliction cometh not forth of the dust, neither doth trouble spring out of the ground ; Yet man is born unto trouble, as the sparks fly upward.
Appears in 547 books from 1809-2008
Page 77 - Ye take too much upon you, seeing all the congregation are holy, every one of them, and the LORD is among them : wherefore then lift ye up yourselves above the congregation of the LORD...
Appears in 613 books from 1651-2008
Page 10 - Will the Lord cast off for ever ? and will he be favourable no more ? Is his mercy clean gone for ever ? doth his promise fail for evermore ? Hath God forgotten to be gracious ? hath he in anger shut up his tender mercies...
Appears in 501 books from 1707-2007
Page 98 - Christ ; if sons, we must be brethren to the only-begotten: but being he came not to do his own will, but the will of Him that sent him, he acknowledgeth no fraternity but with such as do the same ; as he Matt.
Appears in 504 books from 1715-2007
Page 35 - It is a faithful saying: For if we be dead with him, we shall also live with him...
Appears in 359 books from 1714-2008
Page 26 - But Jesus answered and said, Ye know not what ye ask. Are ye able to drink of the cup that I shall drink of, and to be baptized with the baptism that I am baptized with ? They say unto him, We are able.
Appears in 925 books from 1755-2008
Less 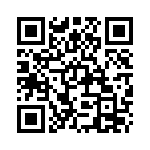