Ethan J. Leib is Assistant Professor of Law at University of California, Hastings College of the Law 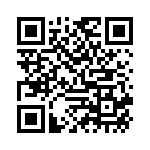