Page 132
Collective identities such as nation , nationality , ethnic group , Stamm [ tribe ) , and Volk ( people ) represent , simultaneously , constantly evolving social constructions and a reservoir of primordial influences stretching back 3 ...
Page 133
In our sense , ethnic membership does not constitute a group ; it only facilitates group formation of any kind , particularly in the political sphere ” ( “ Ethnic groups , ” in G. Roth and C. Wittich , eds . , Economy and Society ...
Page 250
... disagreements and tensions were between partisans of those two different Weltanschauungen and different philosophical approaches to political rights , religious and ethnic differences , in a nutshell to the problems of tolerance . 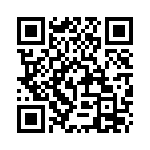