Page 39
the system of the Government of the United States . As the Republic of Central America claimed the power of restricting the limits of the Settlement , a project of a treaty between Senor Zebadua , the Republic's representative in 1831 ...
Page 95
The Minister for Great Britain informs the Minister of Foreign Affairs for Guatemala that if the Convention were ratified Her Majesty's Government was disposed to ratify it on its part . On June 30 , 1866 , the British Government in a ...
Page 106
Dillon , A. Barrow , Geography of British Honduras , 2nd Edition , 1934 , Government Printer , Belize , British Honduras . Edward , Bryan , The History , Civil and Commercial of the British Colonies in the West Indes . 1783-1820 . 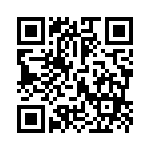