Mary Fitzpatrick was born and raised in Washington, DC. After completing graduate studies at Georgetown University, she worked for several years in Europe, including an internship in the German Parliament. Her fascination with languages and cultures soon led her further south to Africa, where she worked for several years on development projects in Mozambique. Elsewhere on the continent, she has worked in Liberia and Sierra Leone as a freelance writer, and in Tanzania writing and researching. Mary now works as a full-time freelance and travel writer and has authored numerous Africa titles. In her free time, Mary studies languages, and speaks German, Portuguese and Swahili, and muddles by in French. Outside of Africa, she has travelled extensively in Europe, Asia and the Indian sub-continent. 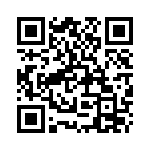