Page 4 - Television can no longer be considered as a casual part of daily life, as an electronic toy. Research findings have long since destroyed the illusion that television is merely innocuous entertainment.
Appears in 18 books from 1980-2006

Ann Marie Seward Barry is Associate Professor of Communication at Boston College. She is the author of The Advertising Portfolio. 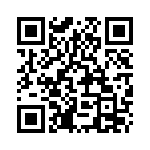