H. Paul Jeffers has published over 50 works of fiction and nonfiction. A 30-year veteran broadcast journalist, he has worked as a TV news producer and reporter in Boston and a producer/writer/editor for the ABC and NBC radio networks (1964-1988), and is the only person to hold the position of news director at both of New York City's all-news radio stations.

He appears regularly as a commentator on the Fox News channel. 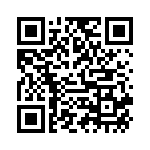