Page viii
He was indeed created Poet - laureat to Queen Elizabeth , but for some time he
wore a barren laurel , and poffeffed only the place without the pension . The lord
treasurer Burleigh had not , it seems , the same taste of Spenser's merit with Sir ...
Page x
It is observable that this differs from Camden's account of his death , who says it
was in 1598. in the forty first year of the Queen's reign . But this epitaph is , I doubt
, yet less to be depended upon for the time of our author's birth , in which there ...
Page xv
Justs and turnaments were held in England in the rime of Queen Elizabeth . Sir
Philip Sidney tilted at one of these entertainments , which was made for the
French ambassador , ' when the treaty of marriage was on foot with the Duke of
Anjou ...
Page xxii
The beginning therefore of my history , if it were to be told by an Historiographer ,
should be the twelfth book , which is the last ; where I devise , that the Fairy-
Queen kept her annual feast twelve days : Upon which twelve several days the ...
Page 372
... exceld in arts and policy , That now we foolish men that praise ' gin eke t'envy .
III . Of warlike puissance in ages spent , Be thou fair Britomart , whose praise I
write ; : But of all wisdom be thou precedent , O foveraine Queen , whose praise I
...

edmond spenser is one of the great poet of mideval age.and we get the evidence in the fairy queen.that how he had procured himself

Page 348 - To th' instruments divine respondence meet ; The silver sounding instruments did meet With the base murmure of the waters fall ; The waters fall with difference discreet, Now soft, now loud, unto the wind did call ; The gentle warbling wind low answered to all.
Appears in 310 books from 1758-2006
Page 269 - How oft do they their silver bowers leave To come to succour us, that succour want ! How oft do they with golden pinions cleave The flitting skies, like flying pursuivant, Against foul fiends to aid us militant ! They for us fight, they watch and duly ward, And their bright squadrons round about us plant, And all for love, and nothing for reward : Oh, why should heavenly God to men have such regard ?1 This agrees with what is recorded of St.
Appears in 309 books from 1758-2007
More
Page 60 - When such an one had guiding of the way, That knew not whether right he went, or else astray.
Appears in 78 books from 1718-2006
Page 107 - Ay me, how many perils doe enfold The righteous man, to make him daily fall? Were not, that heavenly grace doth him uphold, And stedfast truth acquite him out of all.
Appears in 160 books from 1758-2008
Page 62 - And unto hell him selfe for money sold : Accursed usury was all his trade ; And right and wrong ylike in equall ballaunce waide.
Appears in 80 books from 1758-2006
Page xxvi - Eftsoones they heard a most melodious sound, Of all that mote delight a dainty ear, Such as at once might not on living ground, Save in this paradise, be heard elsewhere : Right hard it was for wight which did it hear To read what manner music that mote be; For all that pleasing is to living ear Was there consorted in one harmony; Birds, voices, instruments, winds, waters, all agree.
Appears in 140 books from 1758-2005
Page 62 - Yet childe ne kinsman living had he none To leave them to ; but thorough daily care To get, and nightly feare to lose his owne, He led a wretched life, unto himselfe unknowne. Most wretched wight, whom nothing might suffise ; Whose greedy lust did lacke in greatest store ; Whose need had end, but no end covetise...
Appears in 86 books from 1740-2006
Page 215 - In woods, in waves, in wars, she wonts to dwell, And will be found with peril and with pain, Ne can the man that moulds in idle cell Unto her happy mansion attain ; Before her gate high God did Sweat ordain, And wakeful watches ever to abide ; But easy is the way and passage plain To Pleasure's palace ; it may soon be spied, ' ' And day and night her doors to all stand open wide.
Appears in 66 books from 1718-2006
Page 440 - Yet no'te she find redresse for such despight. For all that lives, is subject to that law : All things decay in time, and to their end do draw.
Appears in 89 books from 1758-2007
Page xiii - That which seems the most liable to Exception in this Work, is the Model of it, and the Choice the Author has made of so romantick a Story.
Appears in 34 books from 1753-2007
Less 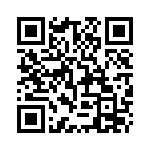