The Cato Institutie's pocket constitution is an inspiration, and begins to fill the need for common knowledge of principles to affect the safety and happieness alluded to in the Declararion of Independence. Unfortunately, the pocket reference does not include the Articles of Confederation. The Union and its principles to affect safety and happinesss that are enshrined therin is the justification of the Constitution to improve, not violate Article 13 of the Confederation.
The United States was founded in 1778, three years after the Revolution, not in 1789.
Without the Article of Confederation, people are led to believe, the Union began with George Washington. Little is known about the one year in a three year term that limited presidents of the United States to serve one year in a three year period. They had to take a break for two years before they could serve a second term.
The Cato Institute does more to serve a Euro-centric, top-down-use-of-force, rule of law than the American, egalitarin people based polity, that guarentees a republican form of government with apportioned representation in proportion to papulation growth, which the Euro-centric living document tradition has derogated.

Page 34 - The Congress shall have Power to dispose of and make all needful Rules and Regulations respecting the Territory or other Property belonging to the United States ; and nothing in this Constitution shall be so construed as to Prejudice any Claims of the United States, or of any particular State. SECTION 4. The United States shall guarantee to every State in this Union a Republican Form of Government, and shall protect each of them against Invasion, and on Application of the Legislature, or of the Executive...
Appears in 954 books from 1814-2008
Page 39 - States, with a request that it might " be submitted to a convention of delegates chosen in each State by the people thereof, under the. recommendation of its legislature, for their assent and ratification.
Appears in 434 books from 1788-2008
More
Page 57 - President is unable to discharge the powers and duties of his office, the Vice President shall immediately assume the powers and duties of the office as Acting President. Thereafter, when the President transmits to the President pro tempore of the Senate and the Speaker of the House of Representatives his written declaration that no inability exists, he shall resume the powers and duties of his office...
Appears in 709 books from 1887-2008
Page 11 - He has refused for a long time, after such dissolutions, to cause others to be elected; whereby the Legislative Powers, incapable of Annihilation, have returned to the People at large for their exercise; the State remaining in the mean time exposed to all the dangers of invasion from without, and convulsions within.
Appears in 898 books from 1801-2008
Page 54 - SECTION 2. The transportation or importation into any State, Territory, or possession of the United States for delivery or use therein of intoxicating liquors, in violation of the laws thereof, is hereby prohibited. SECTION 3. This article shall be inoperative unless it shall have been ratified as an amendment to the Constitution by conventions in the several States, as provided in the Constitution, within seven years from the date of the submission hereof to the States by the Congress.
Appears in 970 books from 1835-2008
Page 54 - No person shall be elected to the office of the President more than twice, and no person who has held the office of President, or acted as President, for more than two years of a term to which some other person was elected President shall be elected to the office of President more than once.
Appears in 348 books from 1866-2008
Page 47 - Electors appointed, and if no person have a majority, then from the two highest numbers on the list, the Senate shall choose the Vice-Président; a quorum for the purpose shall consist of two-thirds of the whole number of Senators, and a majority of the whole number shall be necessary to a choice. But no person constitutionally ineligible to the office of President shall be eligible to that of Vice-Président of the United States.
Appears in 293 books from 1834-2008
Page 19 - No Person shall be a Senator who shall not have attained to the Age of thirty Years, and been nine Years a Citizen of the United States, and who shall not, when elected, be an Inhabitant of that State for which he shall be chosen. 'The Vice President of the United States shall be President of the Senate, but shall have no Vote, unless they be equally divided.
Appears in 860 books from 1806-2008
Page 55 - The District constituting the seat of Government of the United States shall appoint in such manner as the Congress may direct: A number of electors of President and Vice President equal to the whole number of Senators and Representatives in Congress to which the District would be entitled if it were a State...
Appears in 410 books from 1828-2008
Page 56 - Section 1. In case of the removal of the President from office or of his death or resignation, the Vice President shall become President. Section 2. Whenever there is a vacancy in the office of the Vice President, the President shall nominate a Vice President who shall take office upon confirmation by a majority vote of both Houses of Congress.
Appears in 398 books from 1868-2008
Less 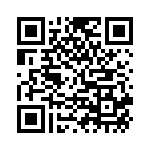