Paul Ward is senior lecturer in Modern British History at the University of Huddersfield. He is the author of 'Red Flag and Union Jack: Englishness, Patriotism and the British Left, 1881-1924' (1998). 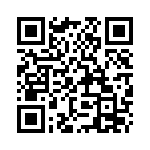