Page 223
Madeira , Teneriffe , Bathurst , ( Gambia , ) Sierra Leone , Monrovia , Cape Palmas , Half Jack , Cape Coast Crstle , Accra , Jellah Coffee , Lagos , Benin , Boony , Fernando Po , and Old Calabar . Packet of 24th .
Page 335
A communication has been addressed to this Government through Superintendent Gibson , of Cape Palmas , by the Commissioner of the European and African Telegraph Company , asking permission to land the ends of their telegraph at Cape ...
Page 8
giving information that all the tribes from the river Cavalla , on the south to Fishtown , on the north of Cape Palmas , including the Cape Palmas natives , had combined to make war on the settlers , and to exterminate them . 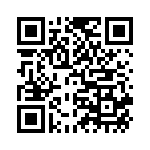