Page 36
To the last it moved in a world which was not real , which never had existed , which , any how , was only a world of memory and sentiment . IIe never threw himself frankly on human life as it is ; he always viewed it through a veil of ...
Page 52
“ Of my Stemmata Dudleiana , and specially of the sundry Apostrophes therein , addressed you know to whom , much more advisement he had , than so lightly to send them abroad : now list , ( though I do never very well ) yet , in mine own ...
Page 128
It is a heroic poem , in which the heroine , who gives her name to it , never appears : a story , of which the basis and starting - point is whimsically withheld for disclosure in the last book , which was never written . 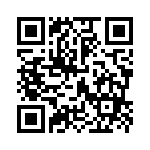