Page 58
North was officially acknowledged and celebrated as a mentor of the DUM , with
the Irish magazine ' s editorial persona Anthony Poplar proclaiming him as a
father figure in the opening article of the first issue . 4 Independently however ,
the ...
Page 77
Throughout the north - east where Ferguson ' s tale is set , on the mountain peaks
of Divis , Sawel and Slemish , the sappers of the Royal Engineers had set up
their theodolites , ready to translate trigonometry into cartography . The mapping
of ...
Page 102
G . H . Smith records that Ferguson was admitted to the North - Eastern circuit Bar
in 1839 , not , as M . C . Ferguson states , the previous year . The six Irish circuits
were Home , North - East , North - West , Connaught , Munster , Leinster .

Eve Patten is a lecturer in English at Trinity College, Dublin. 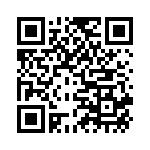