Nick Davies writes investigative stories for the Guardian, and has been named Journalist of the Year, Reporter of the Year and Feature Writer of the Year in British press awards. Between July 2009 and July 2011, he wrote more than a hundred stories about crime in Rupert Murdoch’s News of the World. He has written six books including White Lies and Dark Heart, and the bestselling Flat Earth News, exposing falsehood and propaganda in news media. Hack Attack is his latest book.

He has three children and lives in Sussex. 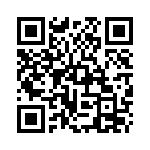