Page vi
animated them ; Greece and Rome had produced the great masters of poetry , by
following in whose footsteps great poetry could still be written . It is the doctrine
also of La Deffence et Illustration de la Langue Françoyse , the clearest parallel ...
Page xiii
He took poetry early to be his career , and , with the examples of Virgil , Ariosto ,
and Ronsard before him , hoped , and believed , that worldly advancement would
... But it was on his vocation as poet , above all , that he based his dignity .
Page 17
The old undramatic poets , Drayton , Browne , Drummond , Giles and Phineas
Fletcher , were as full of him as the dramatic were of Shakspeare . Milton 20
studied and ... Cowley said that he became a poet by reading him . Dryden
claimed him ... 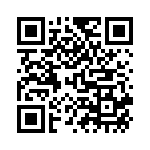