Page 106
Daphna Erdinast - Vulcan argues that ' the genre of romance , which Conrad had
apparently relegated to the realm of women , unleashed the writer ' s own
pathological fear of losing his “ masculine ” self and his deeply rooted misogyny ...
Page 141
Her ' adolescent , delicately masculine head , so mysteriously feminine in the
power of instant seduction , so infinitely suave in its firm design , almost childlike
in the freshness of detail ' seems to freeze in stasis a succession of binary
opposites ...
Page 148
The allusion goes along with the teacher of languages ' reference to Nathalie ' s
voice , ' slightly harsh , but fascinating with its masculine and bird - like quality ' (
105 ) , and to the ' grip of her strong , shapely hand ' with its ' seductive frankness
... 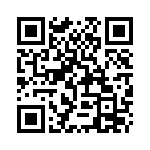