Page 32
That situation , " says Brooks Atkinson in Enter the Actor ( The New York Times ,
Sept. ... All we can say is that actors now are culturally acceptable , although , like
artists in general , they are still somewhat suspect by middle class moralists .
Page 297
Donatus , says Clark , was " the connecting link between Horace and Dante . "
Dante's principal contribution to ideas on the drama is to be found in the brief
Epistola XI ( to Can Grande ) , about 1318 , in which he defined comedy as , in its
work ...
Page 652
The mother says , " Why , daughter ? ... ideas reality in a manner no other
medium can possibly approach , and in the twinkling of an eye gives you , for
what you want to say , a greater audience than could have heard Shakespeare's
words ...

41 other sections not shown 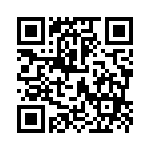